This week, we’re getting involved in Noise Action Week coordinated by Environmental Protection UK. They highlight it as an opportunity to raise awareness of the impact of noise to health and well being. A cause we’re happy to support.

I’m sure we’ve all been bothered by noise on occasion. Can you remember a time at home, work or socially? Not fun at the best of times. For those suffering chronic exposure, the health effects can be significant. 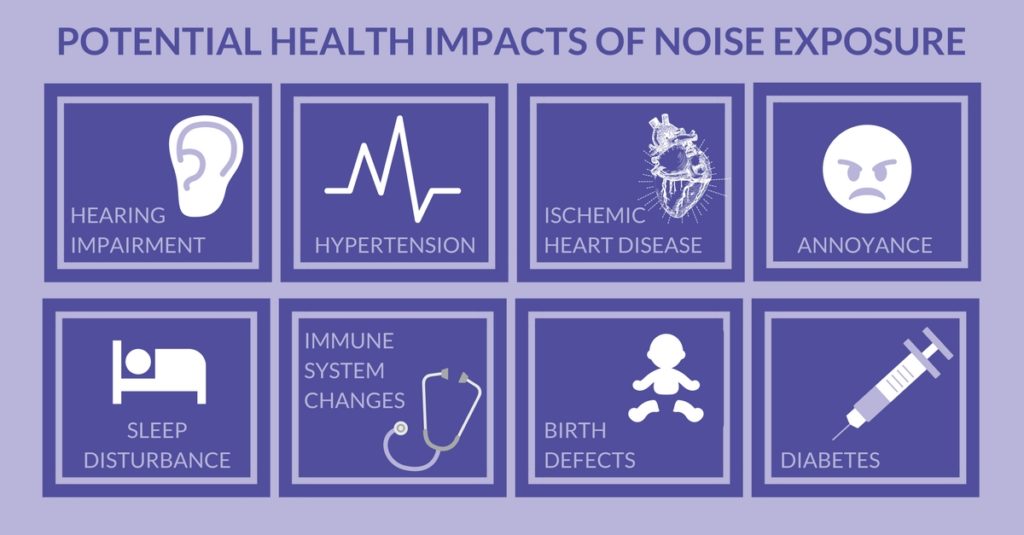 How Does Noise Affect Planning

Many of our customers are involved in planning, which is why we’re focusing on it here. We’re often approached for odour impact assessments by developers, architects and those planning an expansion of an existing premises. In fact, we’ve seen a significant uplift thanks to increasingly stringent demands from planning authorities (read the blog here). The trend applies to Noise Impact Assessments too.

While it can be a bit of a pain initially, it’s a great idea to be on top of potential noise and odour impacts early on. And that’s for several reasons. Firstly, ensuring you aren’t negatively affecting your local community can only be a good thing. It’s better from a corporate responsibility perspective, and it means you’re less likely to face complaints later. Next, it gives you a chance to revise your plans if there’s an issue. Which is a whole lot easier and cheaper than having to rectify problems once your building is standing. And finally, it means you’re more likely to be granted your planning permission.

Who Do I Talk To?

I expect you spotted the clue in the name, but we don’t offer noise services at Silsoe Odours (just a cracking range of Odour Services). What we do offer though is a recommendation for RSK. We have partnered with RSK for a number of years, across many projects. We can highly recommend them for their specialism, expertise and professionalism. You can find out more about their range of Acoustic services here.

This site uses Akismet to reduce spam. Learn how your comment data is processed.

We use cookies to ensure that we give you the best experience on our website. If you click OK or continue to use this site we will assume that you give your consent to the use of cookies. Learn moreOk